This node calculates the integral of the probability density of a state $\psi$ written as $\int_a^b |\psi|^2 dx$ . 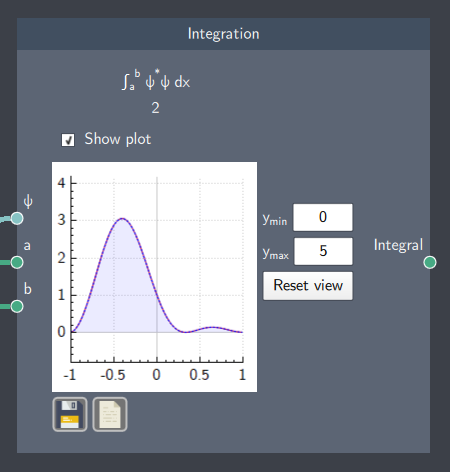 The node shows the value of the integral. It also shows a plot visualizing the integral by enabling the "Show plot" checkbox. The $y$-axis bounds of the plot can be adjusted in the $y_{min}$ and $y_{max}$ boxes. 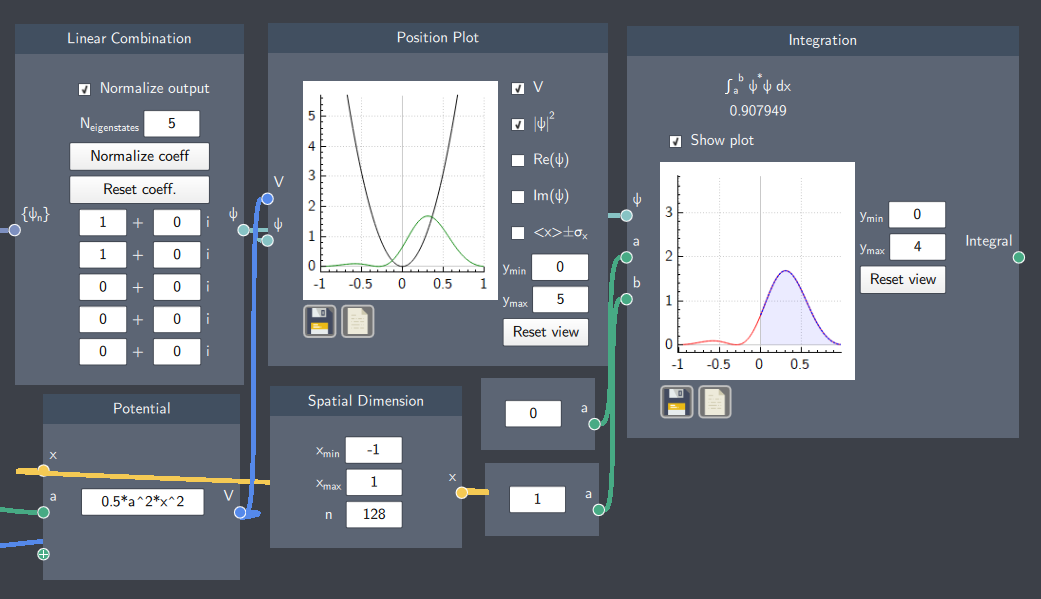