Note: spaces are ignored in expressions, so they can be placed wherever.

There are two types of function expressions: scalar functions and functions of $x$ (defined in Spatial Dimension)

The most common usage of expressions is in defining Potentials $V(x)$. Defining Analytical Wave Functions is somewhat less common, since one often to express $\psi(x)$ as Linear Combinations of Hamiltonian eigenstates (i.e. the Spectrum). Most of the following is thus mainly meant to address the creation of potentials, but can be equally applied to the creation of states.

Numerical simulations of non-smooth functions, such as the box and the step function, are prone to numerical instabilities, especially when performing time evolution. This can be alleviated by using smoothed versions of the functions. We provide two such functions, prefixed with 's' for smooth. 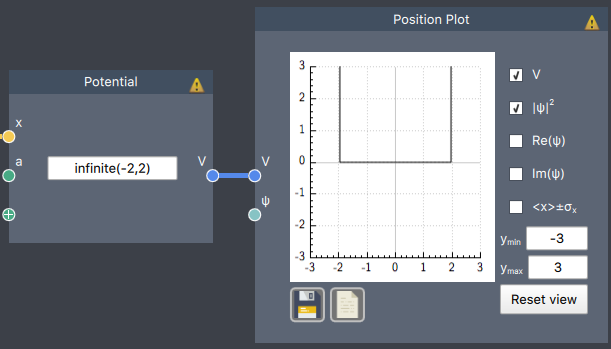 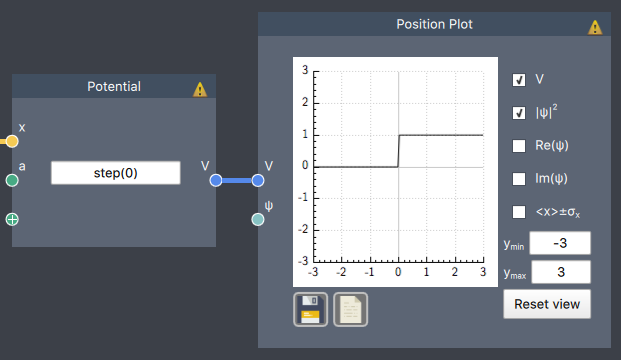 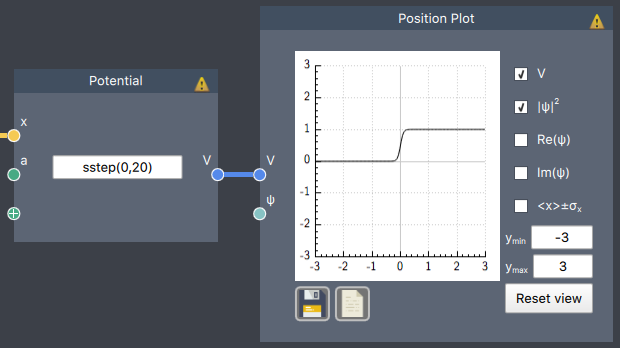 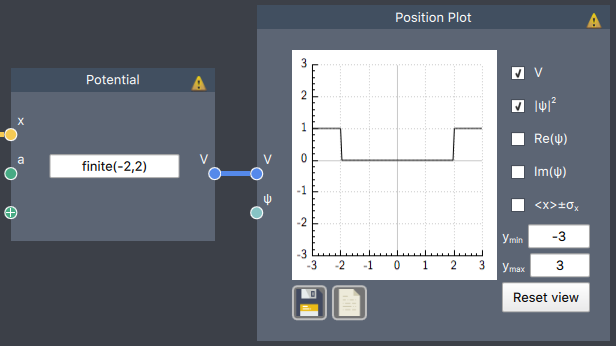 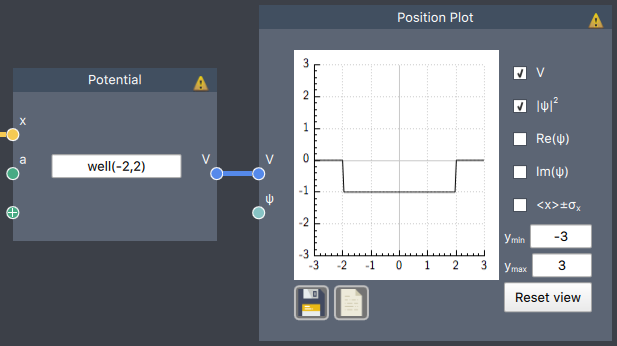 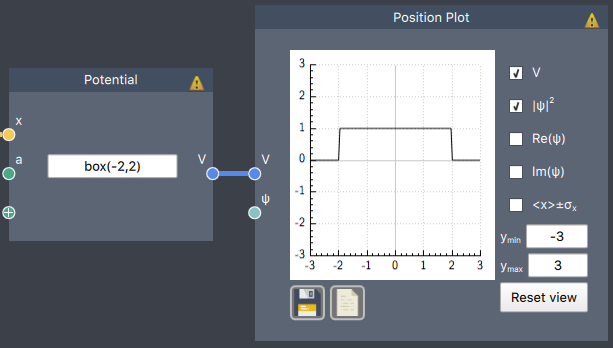 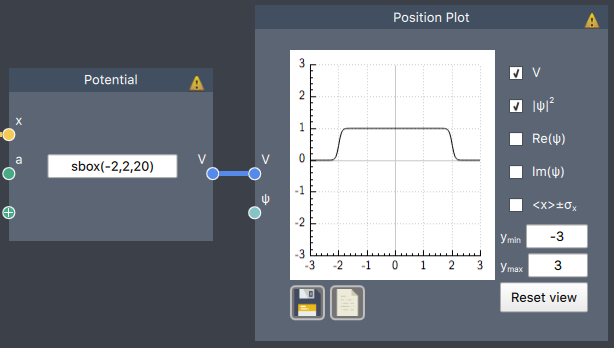 Basic functions are implemented both for scalars and $x$ and can be used in any expression. The variable $a$ can mean either in the following list: 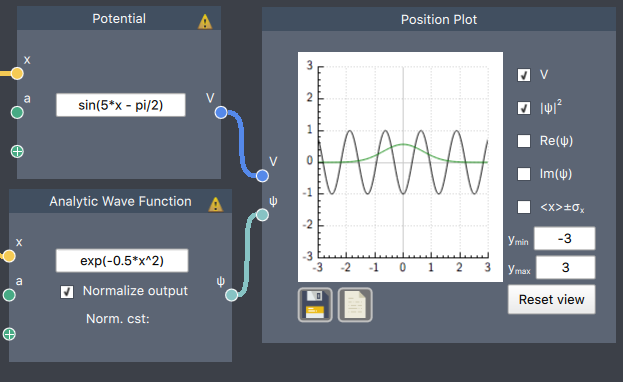 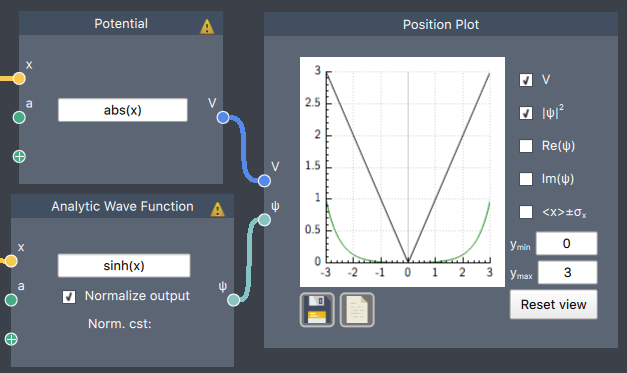 Valid expressions can be added, subtracted, multiplied, divided, or passed as arguments to enclosing functions. This allows a large flexibility of defining and studying systems numerically which would otherwise be either very hard or impossible to do analytically. For illustration, here is an example of combining more and more expressions to obtain complex functions: 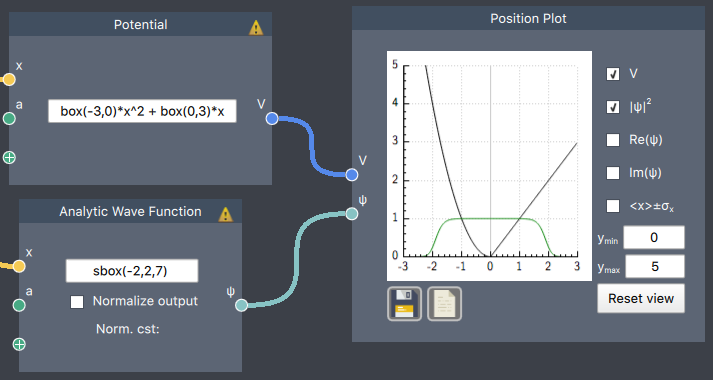