This node is particularly relevant for quantum optimal control problems. 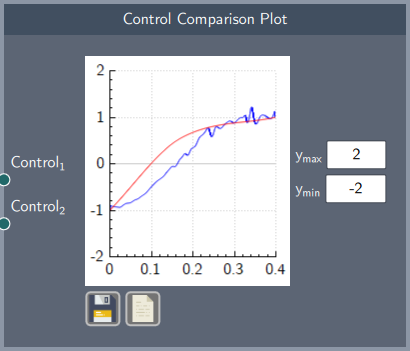 The node plots two control trajectories. The limits of the $y$-axis can be specified in the $y_{max}$ and $y_{min}$ fields.

In the example below, an intial trajectory is optimized by an optimization algorithm (GRAPE) and the initial (red curve) and optimized trajectories (blue) are plotted on the Control Comparison Plot.