The Hamiltonian node defines the total energy of the system. It is the first building block to get the energy spectrum of a system.

The content in the node shows what is being calculated. It is the sum of the kinetic and potential energy. The kinetic part $T = \frac{-\hbar^2}{2m} \frac{\partial^2}{\partial x^2}$ is calculated from the spatial dimension $x$, while the Potential ($V$) is taken from the Potential node.

After the input is provided, the node gives the following output:

In the example below, the Hamiltonan of an infinite well potential is calculated to plot the eigenstates and calculate the spectrum of eigenenergies. 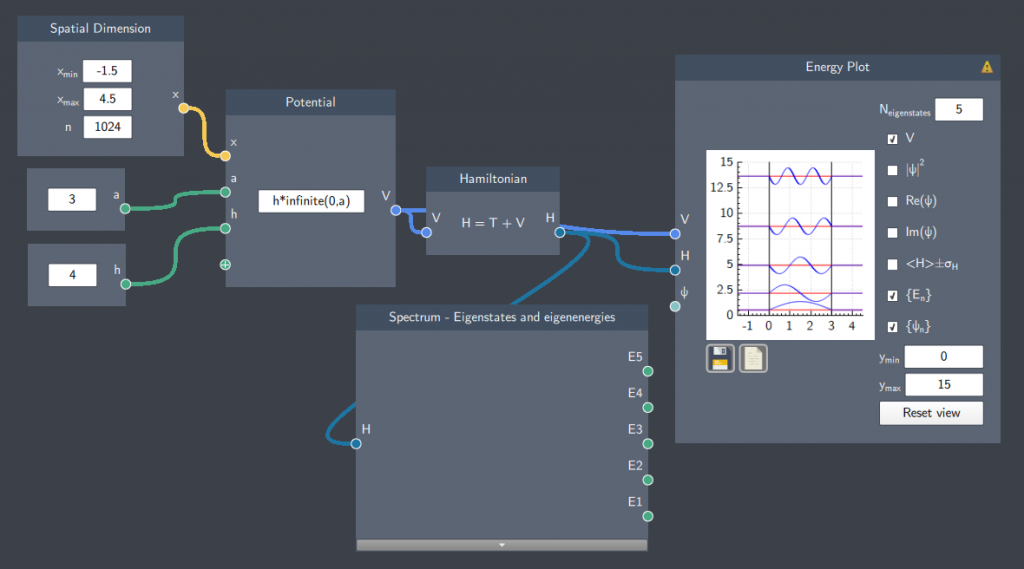