The Time Evolution  node is one of the building blocks to observe the dynamics of a system over time. It is inserted inside a time loop which evolves an initial state by solving the time-dependent Schrödinger equation (TDSE). 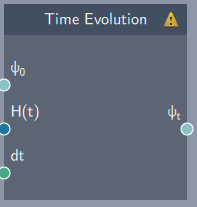 At each time step, it will numerically solve the TDSE and update the initial state to give the time-evolved state.

After the inputs are provided, the node gives the following output:

The time dynamics of the system can be seen in the plot when the simulation is running. If the Potential and Hamiltonian is also time dependent, they must be placed inside the For Loop as well. The output $i$ from the For Loop boundary node can be used as input to these as the time variable. 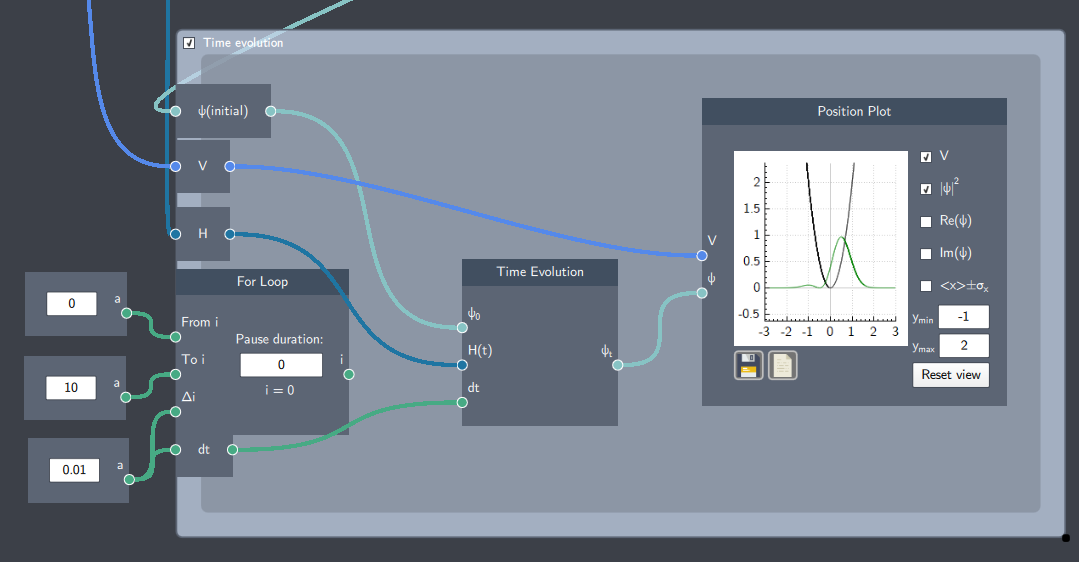