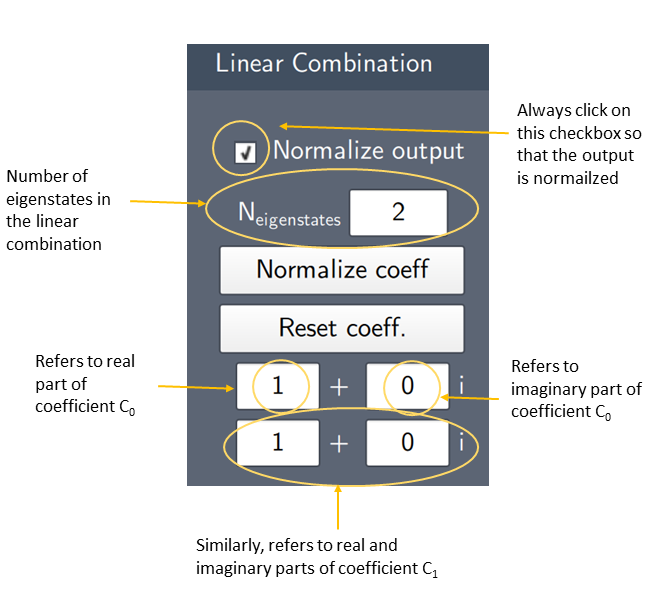 In this node, there are 5 essential content fields. The first is the text-field $N_{eigenstates}$ that defines the number of eigenstates in the linear combination. Second, there is a collection of text-fields that define the coefficients of the linear combination. The remaining content fields are: a checkbox for numerically normalizing the resulting state, a button for directly normalizing the user-input coefficients, and a button for resetting the coefficients to $c_0 = 1, c_n = 0$. The node shows a warning if $N_{eigenstates}$ exceeds the number of eigenstates calculated by the Spectrum node.