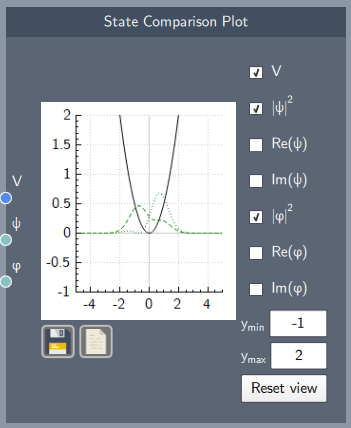 This plot consists of check-boxes corresponding to different functions, which can be selected to visualize them.

The different check-boxes/functions from top to bottom (with required inputs in parenthesis) are:

Additionally, the $y$-axis limits can be set to any limits and reset to the original limits as well.  The plot can be saved and the data can be exported as a $.csv$ file.

The output of the node is the visualisation in the plot based on the inputs and selection of the check-boxes.

In the example below, the probability densities of two states are plotted inside a time evolution scope. The first state $\psi$ (green dotted-curve) is the initial state of the system (a non-stationary state of the harmonic oscillator) and the second state $\varphi$ (green dashed-curve) is the time-evolved state. 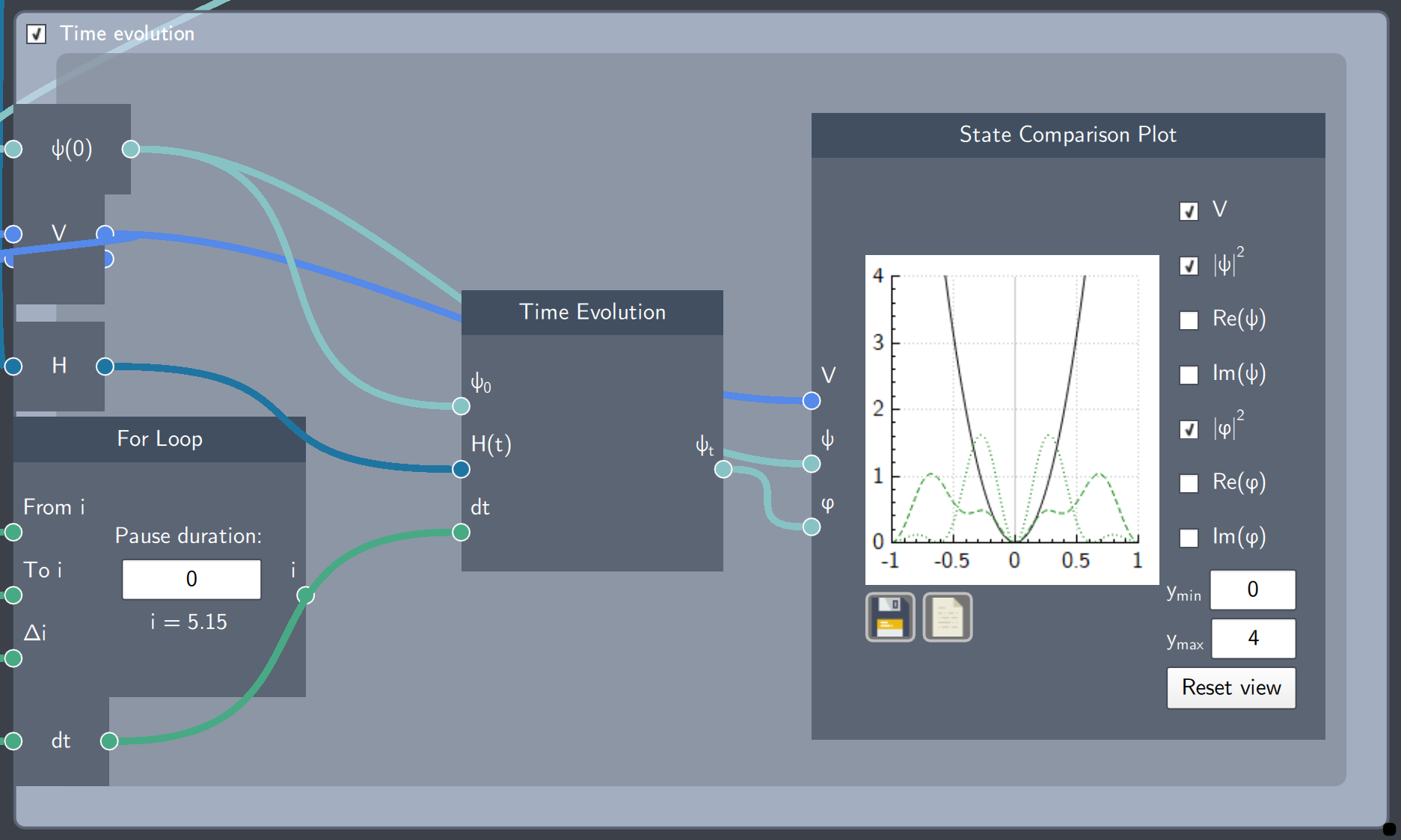