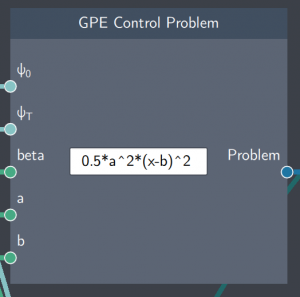 The content field of the node consists of an analytical expression that parameterizes a potential by a control function.

For another example, you can look at the shake-up optimal control challenge exercise where you can find the details along with the flowscene.