Allows for creation of arbitrary scalar potentials to represent forces acting in the system. 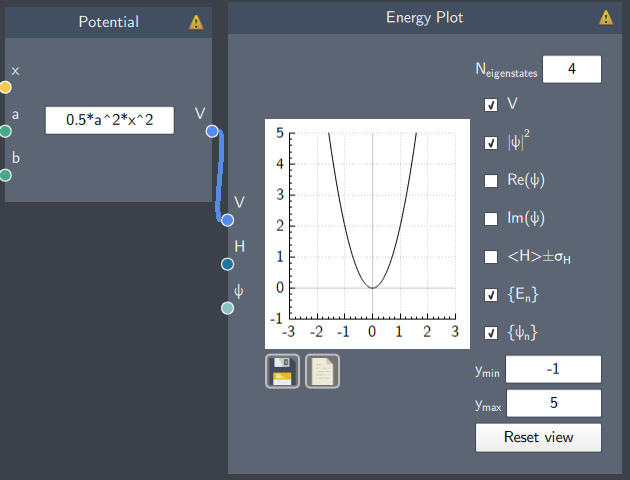 The input-field can take any analytical expressions described in the Expressions-page. Within the expression you have access to the variables x, a, and b, where x is the spatial dimension input and a/b are the scalar inputs to the node.